Eritrean and other drugs dealers,face court some sentenced to death… 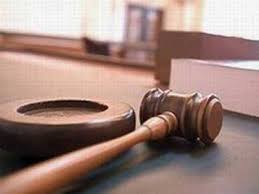 The authorities in Yemen’s eastern province of Hadramout have completed investigating eight drug dealers including three Africans, with the group to be turned over to the Prosecution.

The Africans were a Somali, a Tanzanian, and a Kenyan, and they were arrested along with the other Yemeni dealers off the Al-Shehr port with 1.680 ton of drugs.

They are expected in court soon.

The two boats were apprehended 13 nautical miles off the port of Shehr city in Hadramout.

In May, the Public Prosecution destroyed four tonnes of hashish and six million pills of amphetamines. The drugs quantities were said would be sold for over $ 83 million.

About 75 suspects including 47 Yemenis, 12 Pakistanis, 10 Iranians, 2 Syrians, 2 Saudis and a Eritrean and Ethiopian, have faced drugs trafficking and trade charges in the country in recent months.

The trials of some of the suspected dealers have been completed with some sentenced to death and others to years in prison. Other trials are still under process.