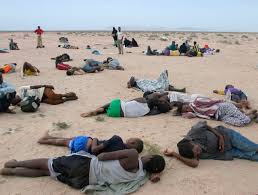 Somalis fleeing war have long found refuge in Yemen, seen as a way station to Saudi Arabia, but fear of al Qaeda infiltration has cooled their welcome.

“Because we are Somali refugees, we’re suspicious,” complained Ali Mohamed Othman, an unemployed man in the dusty Basateen slum in Yemen’s southern port city of Aden.

Yemeni authorities have been on alert since Somalia’s hardline Islamist rebel group al-Shabaab, already battling an interim Somali government at home, said last month it was ready to send fighters to help al Qaeda in Yemen.

“After the (Shabaab) remarks we’ve taken several measures such as to limit refugees’ movements to other provinces,” said Major Ahmed al-Humaiqani, head of Basateen police station.

Refugees now get fingerprinted and their pictures registered in a central computer to help track their movements.

A failed December 25 attempt to blow up a U.S. airliner, claimed by an al Qaeda group in Yemen, heightened Western and Saudi fears that militants will exploit state weakness in the impoverished southern Arabian country to prepare new attacks.

Yemen, which has traditionally had close ties with Somalia, has given prima facie refugee status to all Somalis escaping 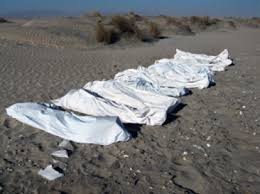 the clan strife and famine that engulfed the Horn of Africa country after warlords toppled President Mohamed Siad Barre in 1991.

It has offered no such favors to a growing influx of Ethiopians and Eritreans, often detaining them on arrival and deporting them, according to the U.N. refugee agency UNHCR.

Yemen hosts 171,000 registered refugees, mostly Somalis, according to UNHCR figures for December, up from 140,300 a year earlier. Many more unregistered Somalis are thought to roam there, most of them hoping to move to richer Gulf countries.

After surviving a two-day voyage across the Gulf of Aden in a small boat, Shafir Abdullah dreams only of work in Saudi Arabia, which shares a 1,500 km (937 mile) border with Yemen.

“I don’t have a job, but I wash cars sometimes,” said the 25-year-old from the anarchic Somali capital Mogadishu, as he sat with friends in Basateen. “I am saving for Saudi.”

Yemen itself is mired in poverty. With more than 40 percent of its 23 million people living on below $2 a day, it has few resources to cope with the human tide from the Horn of Africa.

“Many come to try to move on to other Gulf countries such as Saudi Arabia,” said Mohamed Deriya, Somali community leader in Basateen where 40,000 Somalis and Yemenis with Somali ties live in makeshift houses, many made of wood or corrugated iron.

Some in Basateen’s unpaved streets say police hassle them.

“We have received a number of reports by refugees who have been harassed by the local population and by authorities,” said Rocco Nuri, a UNHCR spokesman in Aden.

Since al-Shabaab offered to send fighters to Yemen, four Somalis have been detained on suspicion of having links to al Qaeda, said Hussein Mahmood, Somalia’s vice-consul in Aden.

“They are now being interrogated,” he said.

Yemeni has also accused some Somalis of joining so-called Houthi rebels in the north, saying 30 had been arrested there, but diplomats say they have no evidence to substantiate this.

Houthis might force some Somalis to join them as they head for the Saudi border, said Mahmood, the Somali diplomat.

Others say Somalis might fight for a while if offered money or the prospect of a border crossing later. “They are desperate, they need money,” said Yemeni journalist Nasser Arrabyee.

Abdullah Ali, a Somali living in Sweden who was visiting relatives in Basateen, agreed: “Some might be willing. All the boys here don’t have a job. They want money, a car, a living.”

Yemen’s Western and Arab donors hope to save the country from replicating Somalia’s fate of chaotic breakdown.

“Yemen has the advantage to have a government that wants to work with us,” said Pauline Baker, head of the Washington-based Fund for Peace which does research on failed states.

“Somalia is a failed state, whose transitional government controls just some blocks in Mogadishu,” she said.

Somalis desperate to flee their homeland pay smugglers up to $150 depending on the sea route, and are totally at their mercy.

“Smugglers are ruthless people who don’t care about the well-being of those being transported. They might be thrown over board, they might be beaten up,” said the UNHCR’s Nuri. “Many cases of rape happen before, during and upon arrival in Yemen.”

Most Somalis in the urban squalor of Basateen are focused on survival, not on al Qaeda militants or Houthi rebels.

“I have no job. I don’t know what to do,” said Yurub Wase, a refugee depending on U.N. aid who arrived with her four-year-old son in November after paying $150 to smugglers for the voyage.

“I feel sick but I can’t afford medicine,” she said.

Khadija Sheikha Ahmed, a mother of five, agreed: “Our life is a mess. I would go anywhere else.”